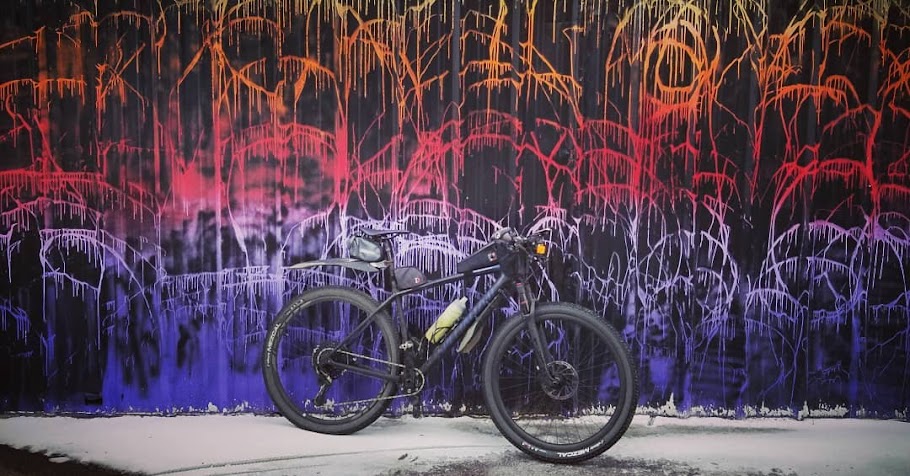 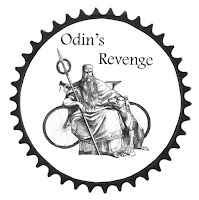 ODIN'S REVENGE IS A SELF-SUPPORTED GRAVEL AND DIRT ROAD ADVENTURE
Odin's Revenge winds through the terrain of West-Central Nebraska. The name is inspired by the Swedish and German heritage of the host town of Gothenburg.
Odin is "king of the norse gods", known for his penchant for wisdom and suffering.
Self-supported means that you are responsible for yourself on the course and may not receive help from anyone on course unless you "choose to pull the plug".
JUNE 27TH, 2015
GOTHENBURG, NEBRASKA
Odin's Playground
I’ve always had a fascination with the world’s mythological history, starting back when I was in junior high school (for you 20 something’s that is what we called middle school back in the day). So I did a little fact checking on this Odin dude and he apparently was a All-knowing All father of the ﻿Gods and the Lord of War, Death and Knowledge. He was referred to as the 'True Grit' John Wayne of his time. Seems appropriate when I reflect on my last weekend’s journey to play in his playground.


﻿
All packed and ready for my journey 5 1/2 hour drive down to Gothenburg, NE. This is a trip I was really looking forward to because I've driven by Gothenburg many times on my way to Leadville, CO. but to be honest with you I never stopped or paid any attention to the area. Central Nebraska a very flat along the I-80 Platte River corridor so it is somewhat boring. I wanted to visit so I could rewrite my opinion, I knew there was so much more to see and appreciate in the area and it was time to go see for myself. And from a bike, you see it all, even if you are racing and I cannot think of any other way to experience the Nebraska open range.
Now in Gothenburg, time to check out the Lafayette Park campground to get setup so to try out my new 'Race the Divide' 19-degree sleeping bag and pad in a real camping scenario.  Bag worked great!  While picking out my tent site I was greeted by fellow racer and friend Craig Groseth. My weekend was starting to shape up nicely.

During the drive to Gothenburg I noticed the gravel in the area was very dry and dusty.  This was important observation in making the final bike setup decisions.  Not knowing the area it is always difficult knowing exactly what the best setup should be but knowing it was dry helped me decide to go as light as possible because the gravel was going to be fast.  The forecast for Saturday's race was dry and 85 which to me meant HOT.

I'm one of those guys that likes to bounce ideas off others so I share my bike setup thoughts with Craig and after some thought and discussion I come up with the following setup:  Specialized CRUX EVO UDi2, Clement USH tires filled to 50 psi front and back (for speed),  Revelate Designs Gas Tank filled with 10 GU Roctane (enough for 11 hours of racing) and caffeinated gummies,  seat bag filled with tools, tubes, etc., and a side mounted pump.  For hydration, knowing there were checkpoints with water every 40-50 miles I wanted to keep things light as well, so I went with two 24 oz. bottles filled with CytoMax and a 70 oz. Camelback.

*Disclaimer - Please keep in mind this setup works for me, you need to learn what works best for you.

Registration is always a great time.  Who doesn't love a family reunion!  Swapping stories having a couple cold ones and filling up with a get steak at the retro Walker Steakhouse.  I always have a great time getting caught up with my gravel grinding family.  Race directors Chad Quigley and Matt Bergen, and the rest of volunteers did a great job registering us and briefing us on what to expect the following day.  Basically, Chad let us know Odin is alive and well, time to prepare for a HOT long day.  Sponsor swag for all!  Thanks Sponsors!!

With the pre-race social slowing it was time to leave for the campsite, I needed to start preparing for the 6am start.  The campsite started filling in with fellow gravel grinder's.  Craig "White Fuel Master" started a wonderful fire where Wally Kilburg (Amazing Photographer), Craig and myself swapped stories.  There's something magical about camp fires!  With a 4am wakeup it was time for us to settle down.

4 am came quick, Craig I put the final touches on things and road the 3 miles to the start line.
At 6:03 am we took off to go discover what Odin had waiting for us.

Craig and I talked about the course the night before.  He shared with me how the course started out.  Flat then went into some steep rollers.  I decided that the rollers would be where I pushed the pace.  I wanted to use the rollers as an area to create some separation.

Chad hopped into his truck and we were off.  As we rolled out of town, everyone that was there to win rolled to the front following Chad's truck close.  Once we hit the gravel a pace line quickly formed, Steve and Scott from Des Moines moved to the front starting to push the pace.  I will admit I loved it!  I sat in close to the front letting my body warm up preparing myself for the hills.  Right before the roller section there was a long steady climb, I decided this is where I would push the pace, the race was on!

We hit the roller section; still in front I started to increase the pace up each roller.  My strategy worked.  Bill Clinemith rode up to me holding two fingers up indicating it was just us.  I had split the peloton into two groups.  Now Bill and I needed to continue to increase the pace to further divide the groups and hopefully further fragment them.

After getting lost, Bill and I put on a several extra miles and unfortunately, we had to chase the front group down again.  Once we caught the front Bill and I separated them again.  Now Bill and I rode mile after mile again so quickly my attention needed to be focused on Bill.  At mile 75 we came onto a gorgeous rolling section so I decided this would be an area that I would continue to push the hills to see if Bill was going to be with me all day.  After several pounding hill climbs I cracked Bill but after each climb I waited for him to pull him to the next.  In my mind, I wanted to help Bill finish strong.

Bill began to tire quickly he was struggling big time holding pace even on the flat sections so I decided it was time for us to race our own races.  I was concerned other were going to catch us.  So I told Bill good luck and pushed on.

A quick restroom break and I was off.  I was alone still and I knew that it was important that I push hard, so I did, I pushed as hard as I could.  I also knew that the heat was going to start playing a role in this race so I needed to get as far into the course as I could.


Pushing hard I rolled into CP3 133 miles into the race.  I topped off all my water and had the BEST beer I ever drank in my life!  Thanks CP3 crew!!  The crew told me I was 15 minutes ahead of second at this point.  Feeling pretty good still I decided I would continue to push to the finish.


1st place finish.  28 minutes a head of second place.  Let the post race heat stroke begin.  Wow did I not feel good, the heat had finally caught up with me but a large cup of ice filled Coke cured me!

The course was dry with 75 percent fast gravel and 25 percent mountain biking or rutted out minimum maintenance roads. 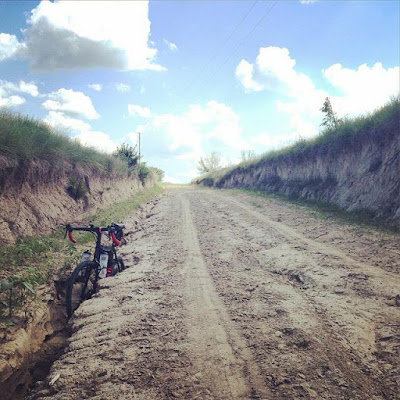 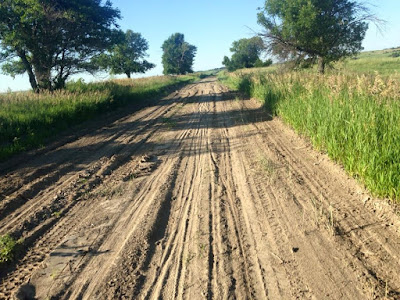 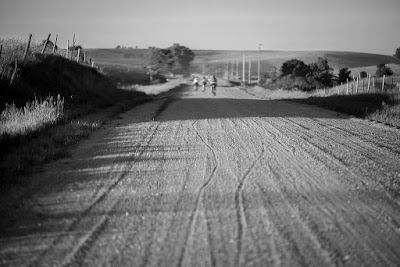 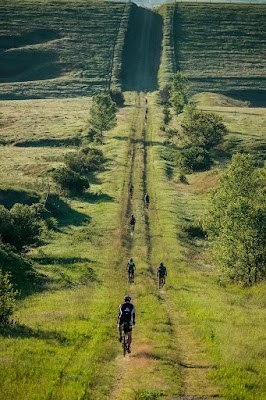 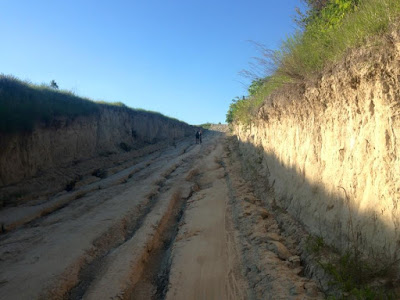 After a great dinner at Walker's Steak House Wally and I decided a camp fire was in order.  Once again I had a strategy.  I came of with a performance based reward system (feed Wally a flow of ice cold beer every time he added a log to the fire) to keep the camp fire perfect.  Wally responded to the system very well.  He is the camp fire master!


Many gravel family members came to join. A camp fire has magical powers!

Thank you Chad and Matt for putting on a great event!  The course was amazing!  Thanks to all the volunteers you took very good care of us!